Is it possible to miss the life that, “could’ve been?” I imagine we all have a few “could’ve, would’ve, should’ve”-s sitting in the vault of stored memories. On Friday, March 13, my son called to ask I scan and email him a decades old photograph of he and his cousin: It was her birthday. When pulling out old photo albums to search for the picture, I ran across a note from my grandmother advising me on getting married… rather, why NOT to get married. It broke my heart to read her words because the man I was engaged to at that time was a wonderful soul and here it is, a lifetime later, I realize the deficit was not in him… rather me. Three days before our wedding and immediately after a conversation with my grandmother, in arrant confusion, I told him I needed more time. This man who had become my balm for a tender and often saddened soul; who was kind, thoughtful, and protective stood before me in a wild, crazy moment. He attempted to comfort me, assure me of his love, even willing to shield me from my parents scorn with this news… Yet, I emotionally froze him out of my life.

My best friend and I followed each other into college relocating to this small, country town, One evening, we found ourselves standing before a whole hog’s head in a grocery store. In fact, there were several of them on display with an apple stuffed in each of their mouths, respectively. Unbelievable. Initially, I was startled and tempted to run fast and far away, but she pulled me back and we just stared curiously, like little children, at this outlandish sight. The butcher walked over to us and explained the culinary allurement of a “hog’s head” including one of the delicacies made with the hog’s head is “head cheese.” This “event” was rapidly turning more comical by the word, marked by relaxed, hysterical laughter. As we slowly moved away from the meat department, this man approached us and speaking directly to me, he said, “You have the most infectious laughter.” It was the beginning of honest moments as he asked for my telephone number. He called almost immediately and within a few short months, we drove the 300 miles north for him to ask my parents for their blessings, as he wanted to marry their daughter.

He was a pre-med student and rather disciplined about life, his and mine. He was not one for socializing and dismissive of “our” friends, he was reserved, a taciturn man… except when watching football… soccer. Yet, when it was just the two of us, this quiet, quiet, man was charming, silly, romantic and playful. He was a great cook and like my dad, and not one for an abundance of processed foods.

I learned from him that the easy part of love is honesty. You cannot feign honesty because it is innate. It makes you friends and lovers simultaneously. One Sunday afternoon, we took our customary drive and reviewed my “list” of marriage do’s and don’ts. Forever the reader, I most likely clipped it from a bride’s magazine. I recall sounding off suggestive rules or agreements for how to disagree or fight. His eyes wide opened as he asked, “Are you planning to not make love to me if I do something you don’t like?” Heavens no, I exclaimed, that punishes me! We laughed.

Recently, I asked my friend if she thought I hurt him… “I imagine you did because he would not have asked you to marry him, if he didn’t love you.” She met his “cousin” through me and they have been married for nearly 35 wonderful and exciting years. May I take solace to believe something good did come from our meeting on the other side of a hog’s head? Besides, he accomplished his goal and is a successful neurologist… No surprise because his discipline and commitment was unwavering.

Years later, I know an apology is worthless. However, just recently I have come to believe the apology is perhaps more important for the offender as it absolves him or her from their hurtful behavior; just releasing it into the atmosphere, my sincere apology…  for my absolution too.

I now realized the flawed person, the one who lacked courage, the one who allowed others to interfere with that rare honesty between a man and woman, was yours truly… me. My friend from high school and college, one who knew me better than anyone else suggested, “Maybe you are not sensitive to others loving you.” My self-imposed, emotional restrictions have cost me dearly… (An ah ha moment…) Another reason to keep writing… shake off the cold wet snow of winters that last too long. 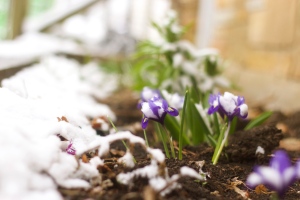 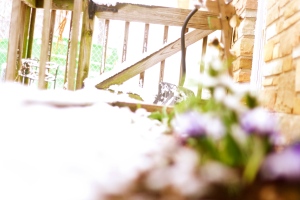 It is nearly 3 o’clock in the morning. Yesterday, I ran into my TINYKITCHEN and allowed it to hold my hurting heart being overwhelmed by a morning marked with my man/child presenting with clusters of seizures… Screaming out in pain and crying. Rarely, does he cry. The intimacy of this small room became my hiding place as I cried out from a mother’s heart my own pain to just believe God that ALL IS WELL, no matter what happens. Earlier, I prepared for him a breakfast filled with GREATTASTE... Peppers and Eggs served on a charred tortilla with fresh pineapple. It filled his “BIGHEART” with even more love and he said, “Mommy, this is so good”. It occurred to me, I just will never know what meal will become his last from my TINYKITCHEN… So, how about I make them all special!

© This article and photographs are the property of J. Faye Guider Productions. Feel free to ask me for permission to use my material or make requests, including for recipes, in the comment section. Thank you.